4 units left at this price
what is this?

7 people are currently viewing this device.

Printer cover is flimsy and prone to being lost, optical head is a bit stiff, not exactly light, purple anyone??

With unique subjective refraction features, the HARK 599 is one-of-a-kind that remains competitive.

It’s a fact that purple-colored plastics on anything larger than a rubber duck look absolutely ridiculous. Sad but true– the KR-8800’s plastic casing isn’t even a nicely tinted shade of purple. In fact, it looks like the children’s character Barney after a prolonged day in the sun whilst on holiday. But Topcon wanted the industry to know that its device was bringing color to the “big screen: and thus, out with the beige tinge and in with the purple; yes, the KR-8800 is the first Topcon Autorefractor to utilize a color LCD screen. It replaced the horrid CRT technology and finally gives customers an actual software interface, some sharp graphics, and an attractive upgrade from the KR-8000– an upgrade that is well worth the cost despite the two instruments being fairly similar. The new LCD screen displays both OD/OS measurements simultaneously, and best of all, doesn’t tire your eyes from constant refreshing or static. Topcon’s efforts result in a crisp and easy to read user display, and although Topcon isn’t the first to produce a color screen, they’re wise to keep the Autorefractor just that and steer from a unneeded computer-based operating system. Under the (purple) hood, you’ll find the same great/accurate rotary prism tech the KR-8000 carries, with auto-tracking, corneal measurement, IOL, and more. We do regard the KR-8800 as slightly faster(and quieter) than prior models, thanks to a new infrared processing sensor.

*coverage of the above procedure may be subject to local reimbursement amounts, special provisions, and your own service rate. 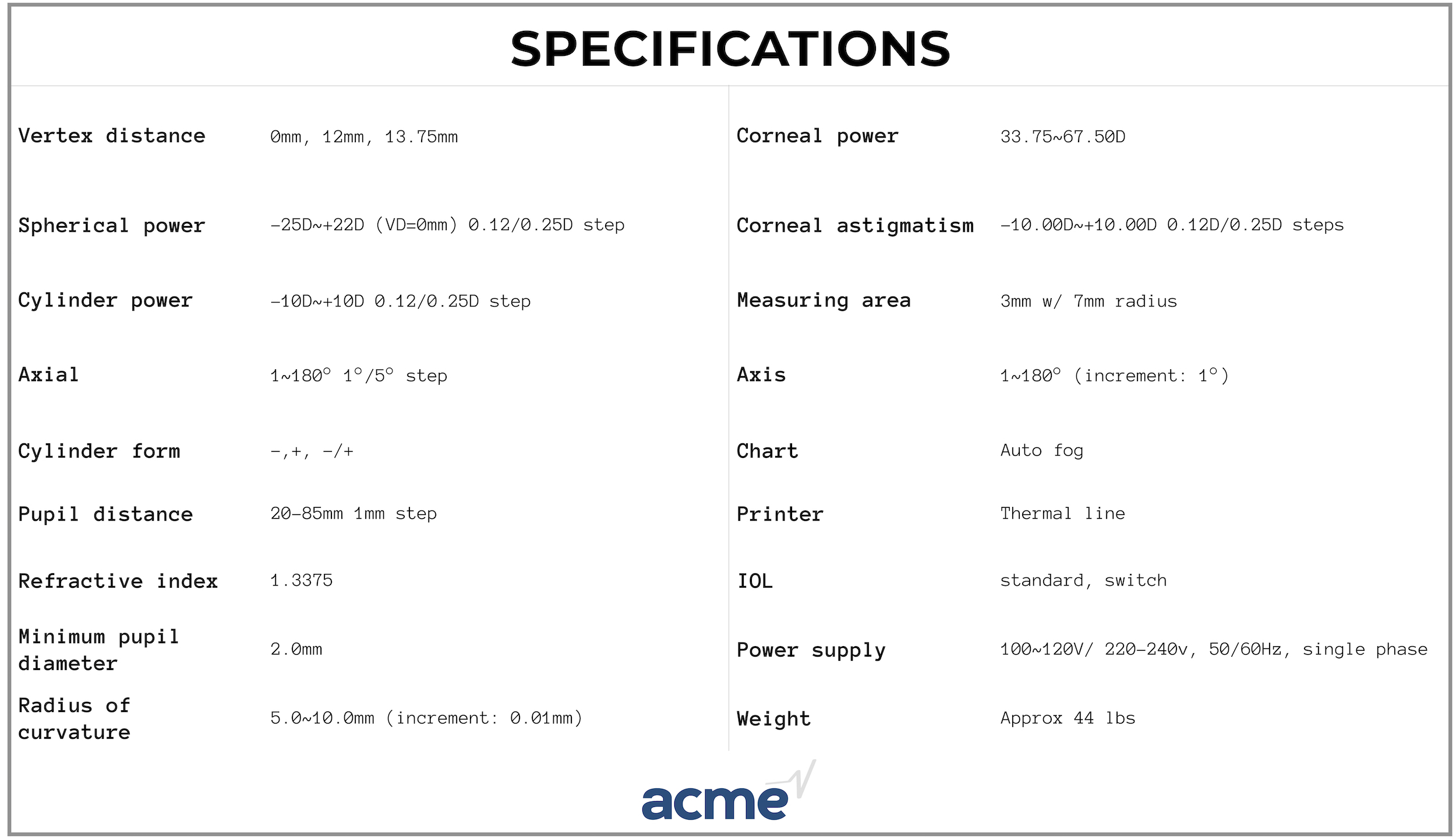