9 people are currently viewing this device.

Not a ‘standalone’ system- requires computer, no such operator display to speak of, still lacking auto-focus/auto-capture.

Despite modern and clean stylings, the CR-2 lacks features which should be standard in fundus imaging, and requires external software to even function.

The Canon CR-2 followed three other 1-series Canon fundus cameras built on an all-new chassis and re-designed for Canon’s smallest desktop footprint yet. The entire instrument weighs just 34lbs and based on our subjective thoughts we think it looks quite futuristic and splendid. Unlike the CR-1 MK II which offers a decent sized LCD display, the CR-2 offers no such display and instead relies solely on an included Dell Laptop with preloaded Canon’s Retinal Control software for operation. The CR-2 also loses about 10 pounds and sheds a bit of bulk with the addition of just a new LED flash illumination and auto-exposure settings. Despite these couple additions, the CR-2 still maintains sole manual focus, alignment, and capture. We also can’t help but goff at the addition of a third party laptop which means the ergonomics of the CR-2 are overlooked by room for a required computer. The magnifications, image resolution, DSLR camera-back, image filters, and minimum pupil size also all stay the same to the CR-1 MK II as well. The CR-2 however is a worthy upgrade in terms of reliability and robustness; upgrades with design have allowed the power supply to greatly shrink and the internal optics require a quarter of the room they used to. All of this equates to a much ‘newer’ instrument than what we see in the 1-series devices, further resulting in better more robust internals that should outlast your career.


Fundus photography with interpretation and report. 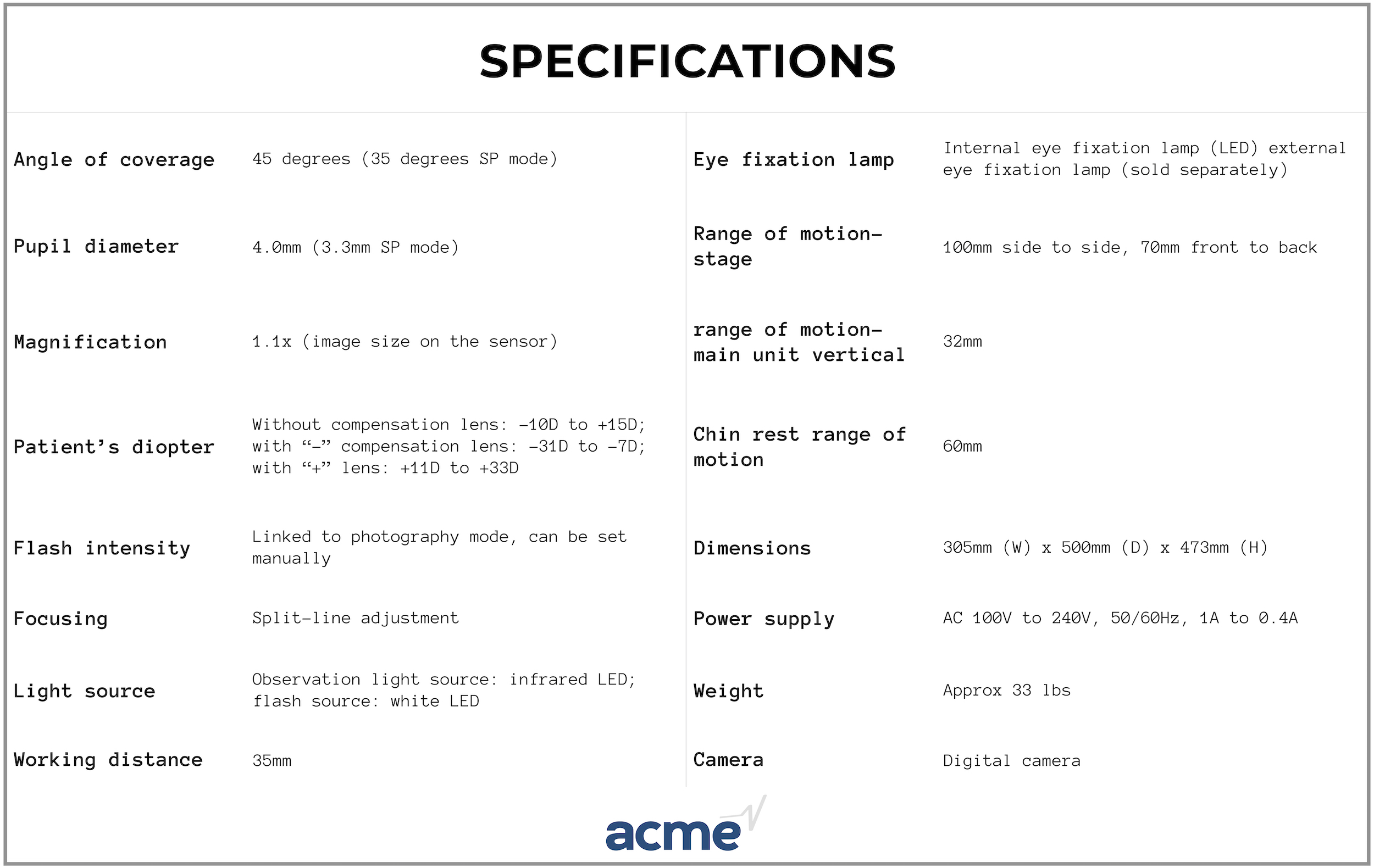