6 units left at this price
what is this?

13 people are currently viewing this device.

In spite of its massive footprint and external monitor, many clinics agree that the Visucam is incredibly efficient in terms of patient flow.

We have a large copy machine in our main office that everyone seems to love using despite its mammoth proportions. When management tried to replace it with something smaller and lighter and more modern everyone threw a giant fuss and they eventually settled to keep it be. There is something comforting about its size and knowing where everything is (on it) and being able to know with certainty that it will print just the way you like…and we imagine that the Zeiss Visucam Pro is probably much the same. The Visucam series may not be the sleekest nor the most ergonomic, but its a comfort-food-like machine for technicians whom know its simple to operate and as consistent as it gets when it comes to fundus photography. Despite all this size absorbed by the Visucam’s work station, we are a bit disappointed by its lack of automated features, self-contained monitor, and manual camera capabilities. You’d think that with a massive 25″ tower there would have been room for more “cool” things, but hence we’ve settled with a 5 megapixel CCD camera, an external viewing monitor, and little to do with auto-capture and focus. It should be noted however, that the modern and sleek features the Visucam lacks may not be for everybody– automated features lend problems for non-compliant patients and sometimes smaller means more opportunity for error in alignment. There are however some cool things worth noting: color filters for every view, 3D imaging for glaucoma progression, anterior segment imaging, semi-auto focus and fully auto-flash… all come standard.

Fundus photography with interpretation and report 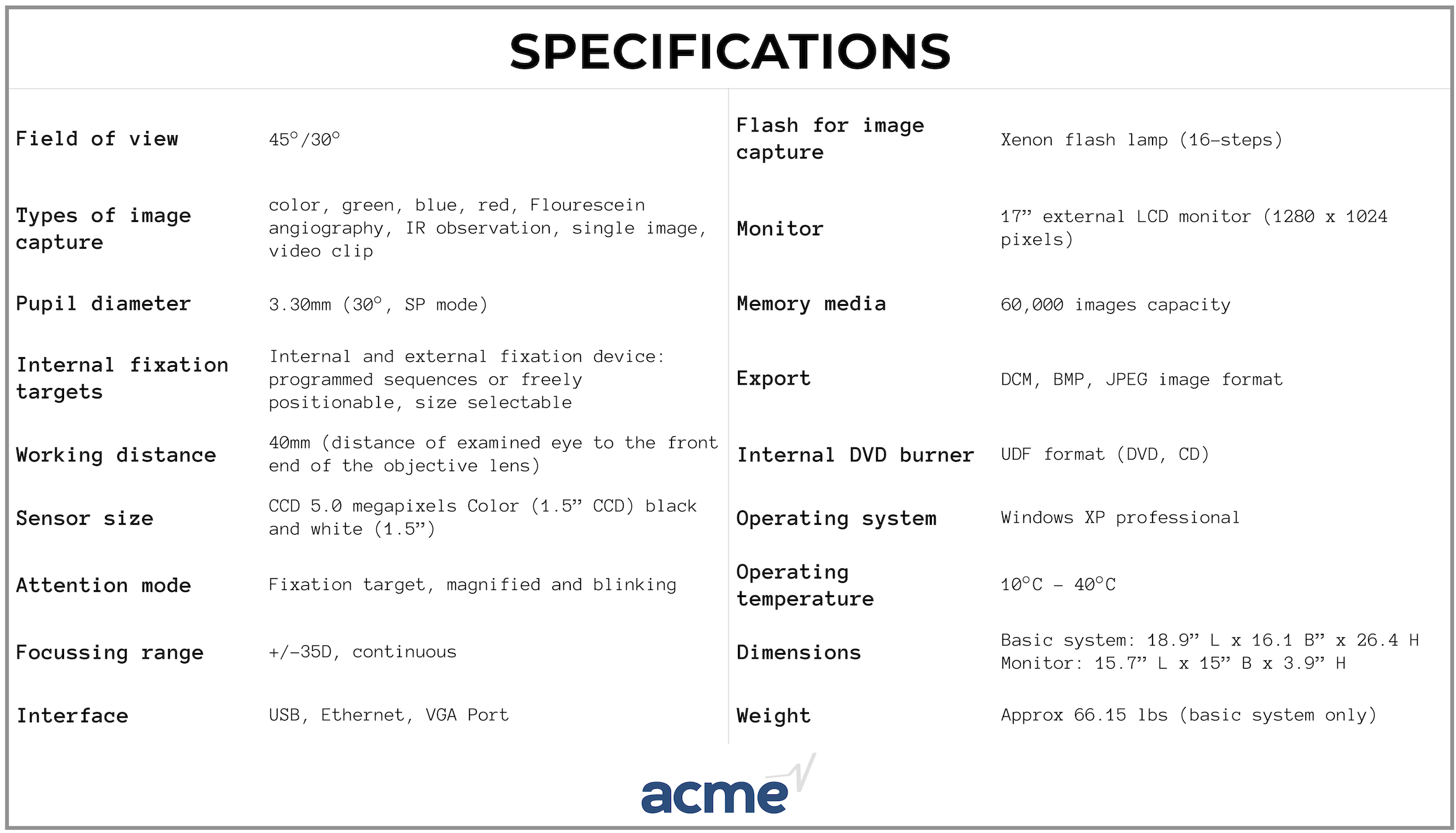