2 units left at this price
what is this?


3 people are currently viewing this device.

With unique subjective refraction features, the HARK 599 is one-of-a-kind that remains competitive.

The iProfiler from Zeiss never caught on like they expected it to. Sales numbers were less than impressive, despite a machine that is truly a complete Corneal Refractive solution not found even in other combination units. Unlike units that boast wavefront combined with Autorefraction, its rare to see ocular wavefront aberrometry, autorefractometry, ATLAS corneal topography and keratometry in the place of one single unit. Perhaps sluggish sales are due to an exorbitant price point that offer little discount in comparison to buying all these functions separately and individually. Perhaps its because the iPropfiler is shaped like a boat and weighs more than a mountain. But we happen to think that its asking price and its yaucht curvature are worth the cost for the benefit of nearly replacing the need for subjective refraction altogether- and that’s a big statement. The iProfiler is one of the few units we’ve tested that damn near replace subjective testing (objectively) due to 3,425 measuring points providing wavefront data closing in on 0.05 diopters of accuracy. When you have a corneal instrument this accurate and this efficient, we’d paid for it. Despite the boat-ride vibe of the iProfiler, the large color touch screen is stunning- paired with a user interface that simplifies its advanced refractive capabilities. The measurement process is entirely automated- controlled by robotics that require a simple push of a button. 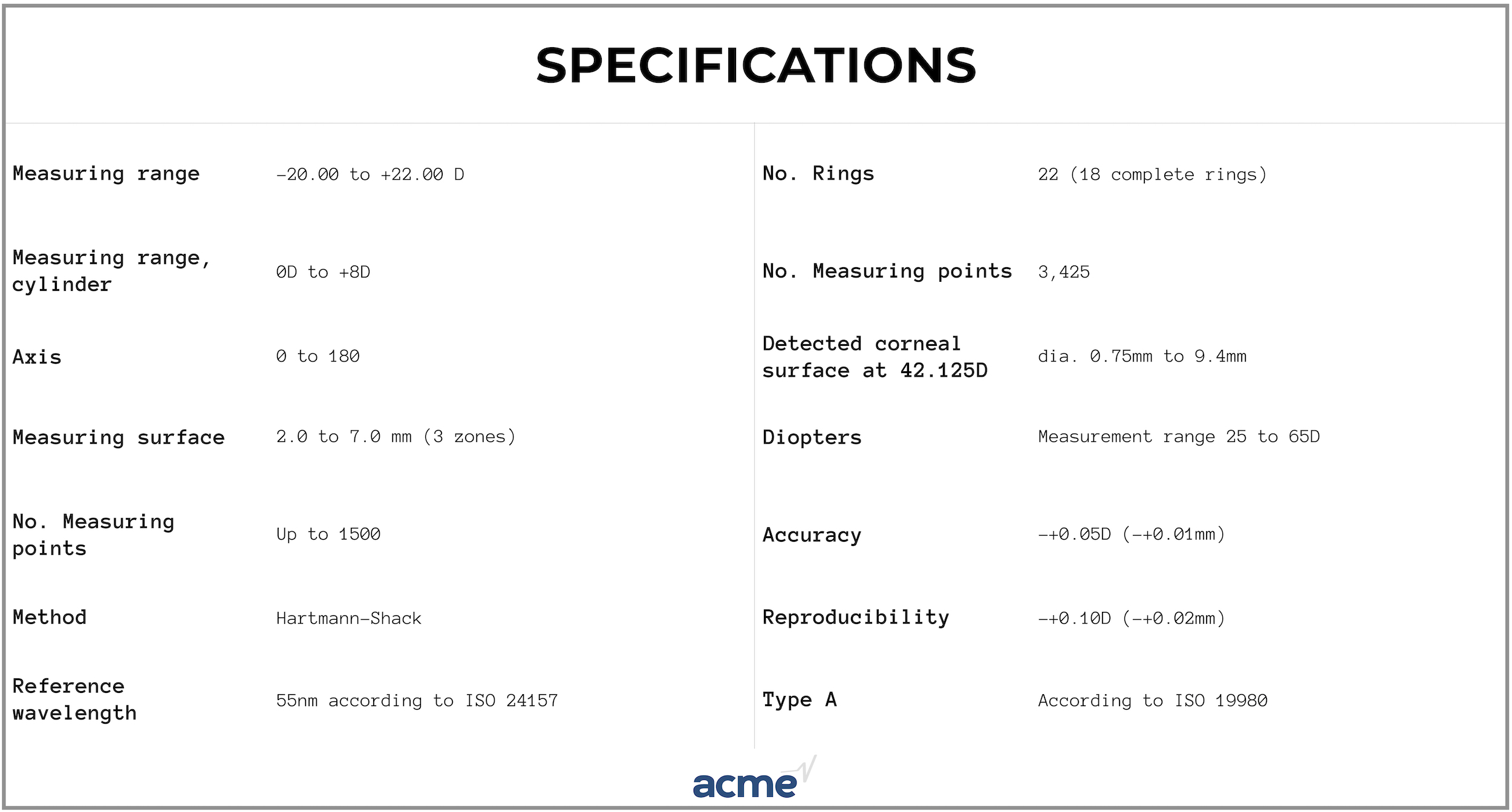