5 units left at this price
what is this?


14 people are currently viewing this device.

The IOL Master series is the world’s standard in non-contact biometry and should be the first choice for cataract surgeons.

The Zeiss IOL Master has been, and continues to be the world ‘s Goldmann standard in non-contact biometry. Its proportions are rather awkward- exhibiting a bulky track-base, a ridiculously tall forehead rest, and a petite LCD display which you’ll need to be close enough to in order to see what’s going on. Although quite stable on its track system, its definitively (unnecessarily) larger than other biometers in its class. Despite its strange proportions, the IOL Master has performed over 150 million IOL power calculations since inception, with a 93% or better cataract penetration rate, and thus has earned market recognition as the world’s most used biometer. It’s world class status is also thanks to an internal lens database containing 300 lens constants continuously optimized with over 50,000 sets of patient data, which combined with an easy-to-understand “traffic light” operator-capture interface, means calculating the lens power to be implanted (using scientifically recognized biometry formulas) is efficient and straight forward. 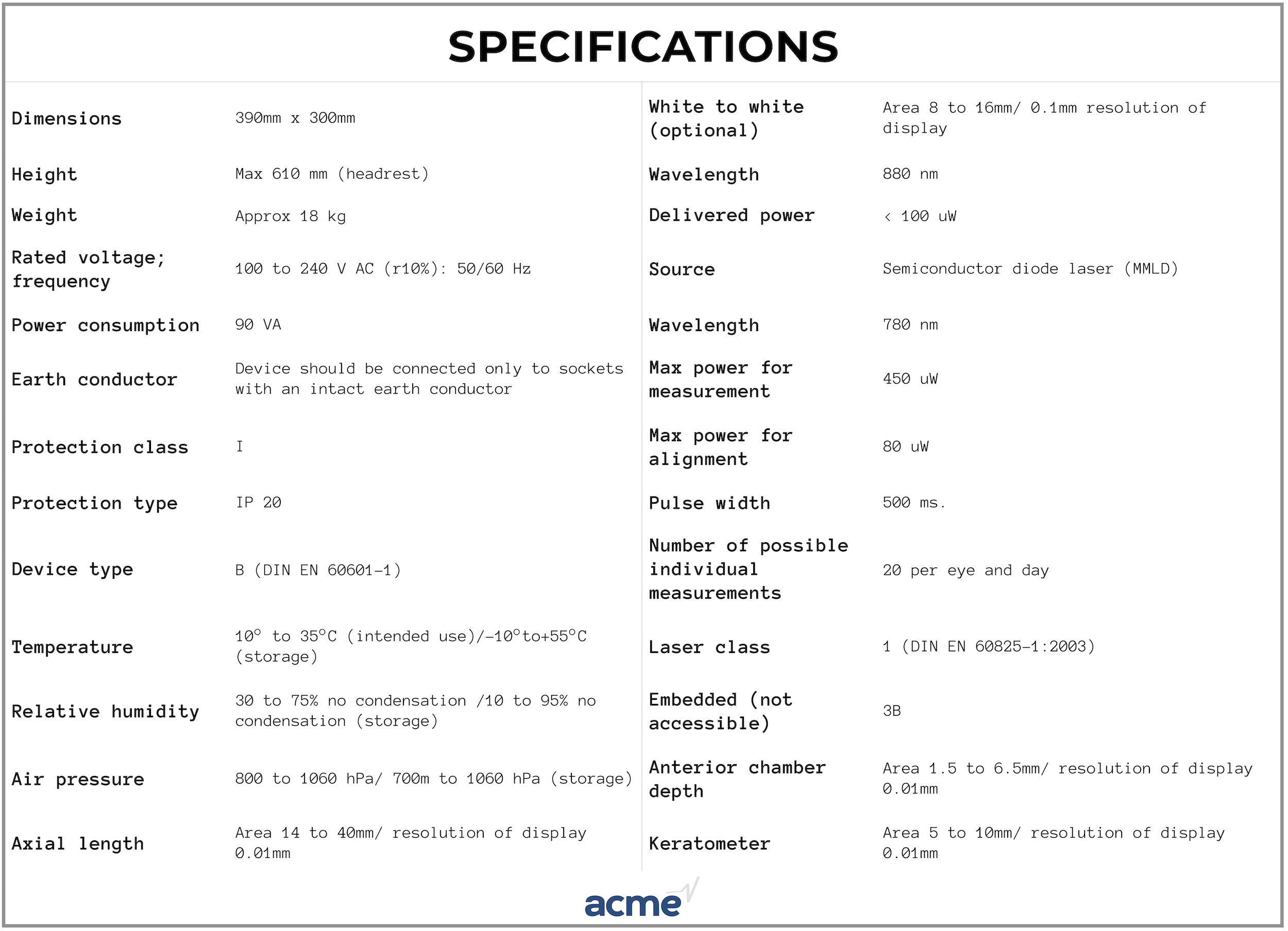