6 units left at this price
what is this?


4 people are currently viewing this device.

The KR-8900 is basically a more stylish version of the KR-8800 with a slightly faster computer and refraction acquisition.

At the first glance, the Topcon KR-8900 is a stylish and exciting new inclusion for Topcon’s already deep Autorefractor line. A closer look however reveals the 8900 is much the same as the prior KR-8800 despite different plastic housing and a slightly larger LCD screen. No doubt, the 8900 is a much improved silhouette, but in terms of refraction technology or capability, the 8900 is practically identical to its predecessor. It does however have a slightly larger screen, and an improved computer processor which makes measurements a bit quicker– but we’re left wondering how Topcon is able to push a much larger price tag for what seems to be last years’ shoes. We don’t have that answer- but there are some things the 8900 does quite well. It, much like its siblings are just as accurate and impressively so. The LCD interface is well thought-out. And if you’ve used Topcon devices in the past, you’ll be happy to hear that everything is quite familiar.

*coverage of the above procedure may be subject to local reimbursement amounts, special provisions, and your own service rate. 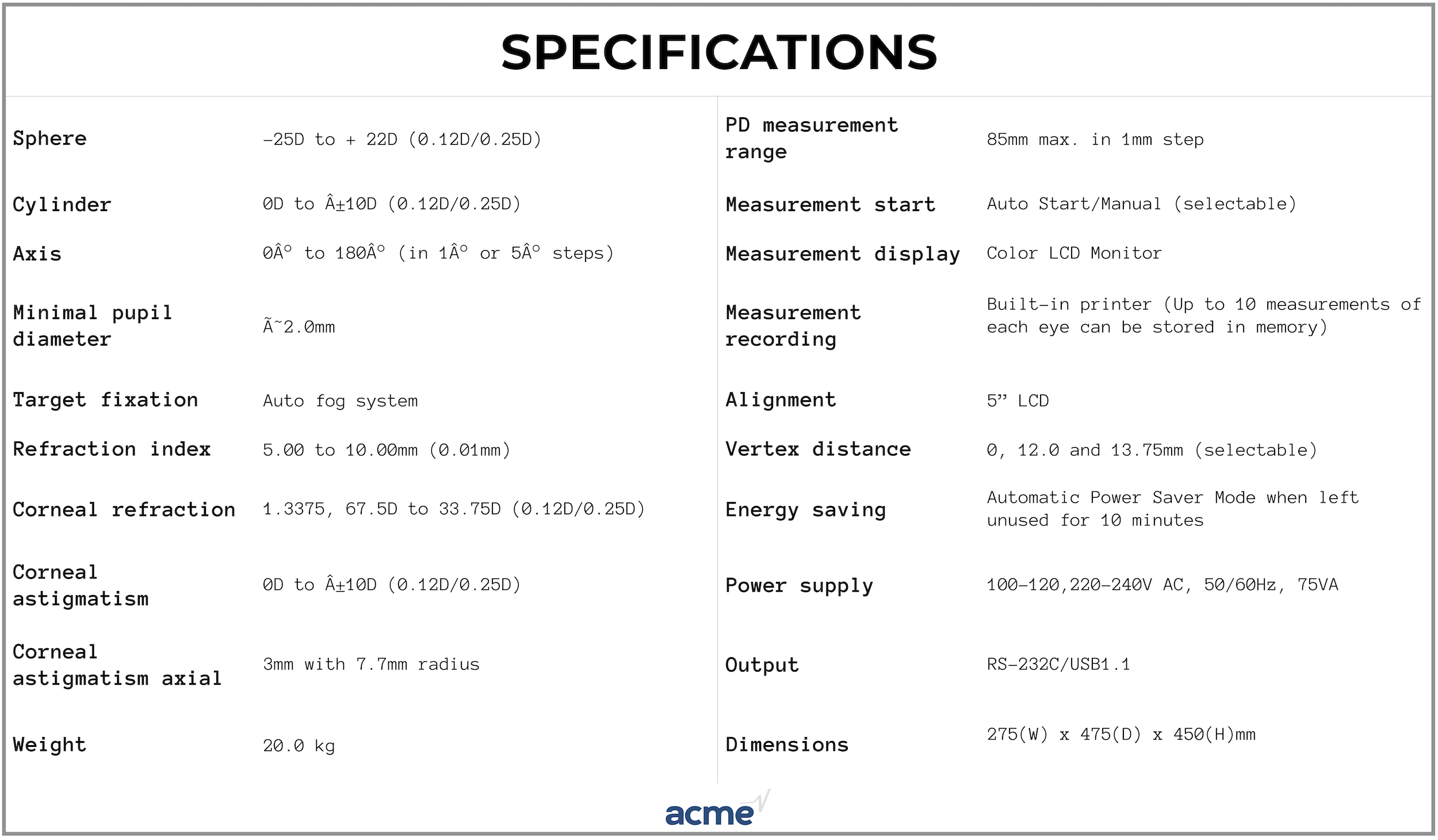