← back to all Other Medical & Lab Equipment

2 units left at this price
what is this?


9 people are currently viewing this device.

A massive work station that takes up too much space, smaller fundus field of view that most.

A competent OCT that competes with the best yet takes up too much room whilst doing it.

Optovue claims they were the first to market with a truly clinical OCT. That may be true but it holds little weight in the ring of OCT technology- packed full of serious competitors and big names. Naturally, when I think of OCTs, I think of Zeiss and the Cirrus Cube. It is after all, the world’s most popular optical coherence tomographer and is one of the reasons why millions of scans are performed daily. While we don’t want this overview to solely be a comparison between the iVue and the Cirrus models, we do feel as if both of these units are at the top of most OCT shopper’s lists. And thus when comparing these two, you should know that they are similar in terms of their technological specifications. That is, each have the same scan resolution, transverse resolution, scan depth, and basically the same scan speed/amount (Cirrus has just sightly more a-scans per second). The Optovue however struggles to keep up with the Cirrus’ field of view– limited to a 21°x21° fundus spread. Although Optovue claims their OCT is “portable”, its incredibly limited to a stand or table of some sort. Traditionally, or at least in clinic, the entire table (with built-in track) is going to be necessary and that brings with it a clunky computer tower and monitor. In total, the Optovue consumes nearly three feet of room for a patient module that is barely a foot tall and only just inches wide at its narrowest point. This of course contrasts the Cirrus’ all-in-one unit which can be placed on practically any existing pretest or diagnostic table. We also think the Zeiss software interface has better graphics– which says a lot for a patient module and computer built together. Despite our tendencies to prefer Zeiss OCTs, we must say that the Optovue is a bargain in comparison to not just Zeiss devices, but pretty much all other OCTs. And, if you don’t mind the space it takes up- may not make a difference diagnostically- which is of course why you buy an OCT. 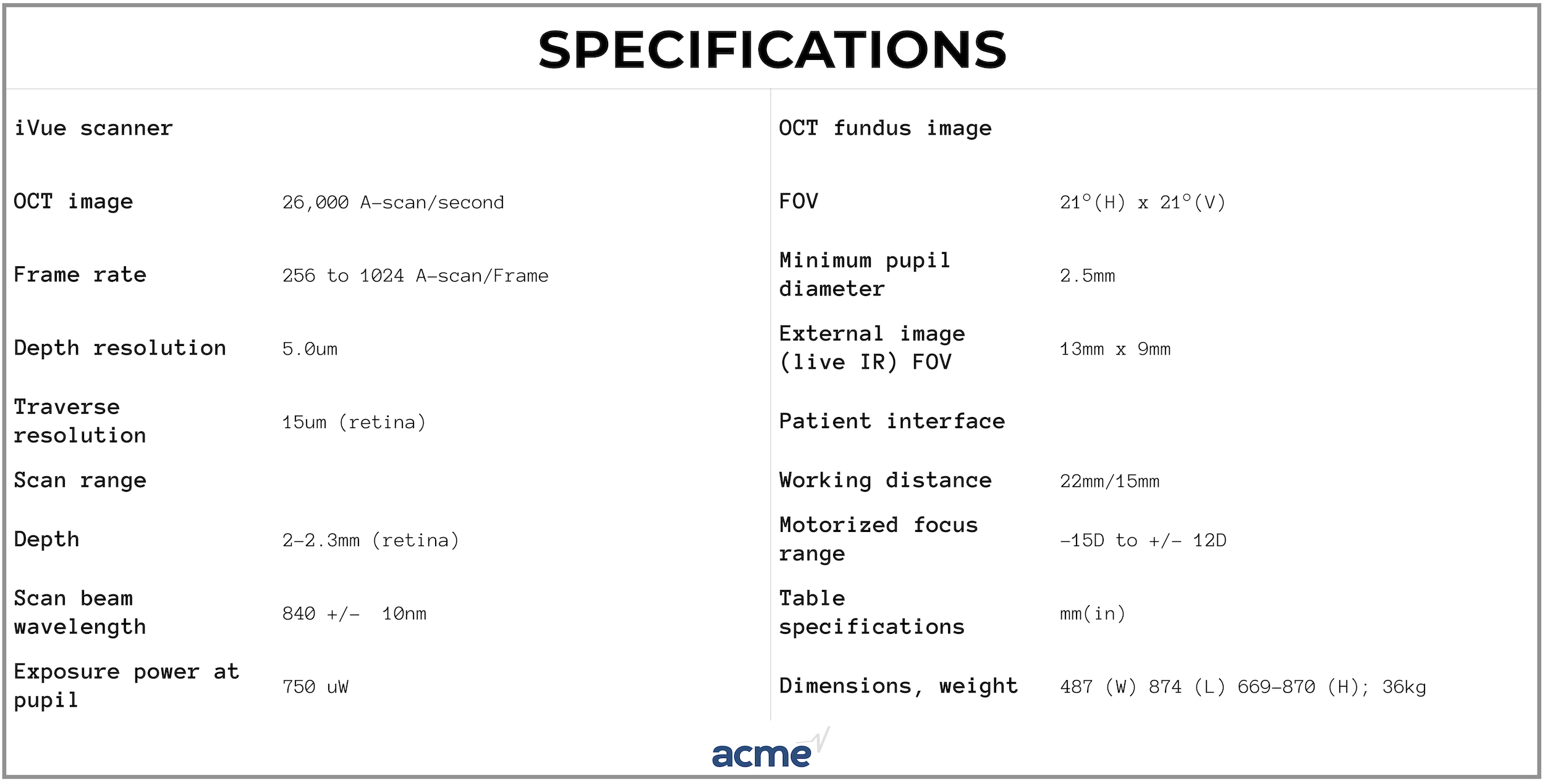