8 people are currently viewing this device.

Brand name carries too much weight and makes price too expensive, feels a bit heavy compared to others.

With world class optics and ultra-robust construction, the Haag BM-900 is one of the best slit lamps around– and will last a lifetime.

We’ll start this off by making a claim that Haag-Streit makes the highest quality slit lamps on planet Earth. Now that we have that out of the way– let’s indulge on this rare moment where an instrument comes to our facility and we have few negative things to say about it- that isn’t to say we don’t have one or two things worth addressing later on. This is the slit lamp that has made young people decide to become ophthalmologists. Even Haag-Streit themselves claim that some guy named Georg Eisner decided to become an OMD based solely on an experience he had looking through a BM900 slit lamp. Quite the statement though- nonetheless, probably true considering that Haag-Streit slit lamps have been the benchmark for slit lamp diagnostic evaluation for nearly 50 years- renowned in every corner of the world and endorsed by over 200 global ophthalmic societies. The company further claims that over 110,000 eye care professionals have purchased a Haag-Streit slit lamp; 4.6 times the number of Ophthalmologists in the USA alone. So what is it about a Haag that makes it so special? We could get into the nitty gritty mechanics of the BM900 but to save you several hours we’ll just mention the highlights that’ll convince you of becoming a Haag parent. Firstly, the BM900 has a stunningly clear optical path, starting with oculars that seem to reduce fatigue that others slit lamps seem to cause. This is aided by an illumination source that is incredibly bright and crisp even with halogen illumination and a well-lit room. Maneuvering the BM900 is something of a well-handling luxury sports-sedan that effortlessly glides along the base and elevates with a gentle turn of the wrist and every other mechanical movement via knob, switch, or button has been very well thought-out. Naturally though, this wouldn’t be a proper Buzz review without some insight into the things we question and the things we doubt. For instance, it would be nice of Haag-Streit to update the material and design ever-so slightly. The BM900 hasn’t changed much at all in the last 20 years, and even the materials used to produce the new units are still quite heavy and crude. But then again, if you’re the best selling slit lamp in the world, why change it?5/5 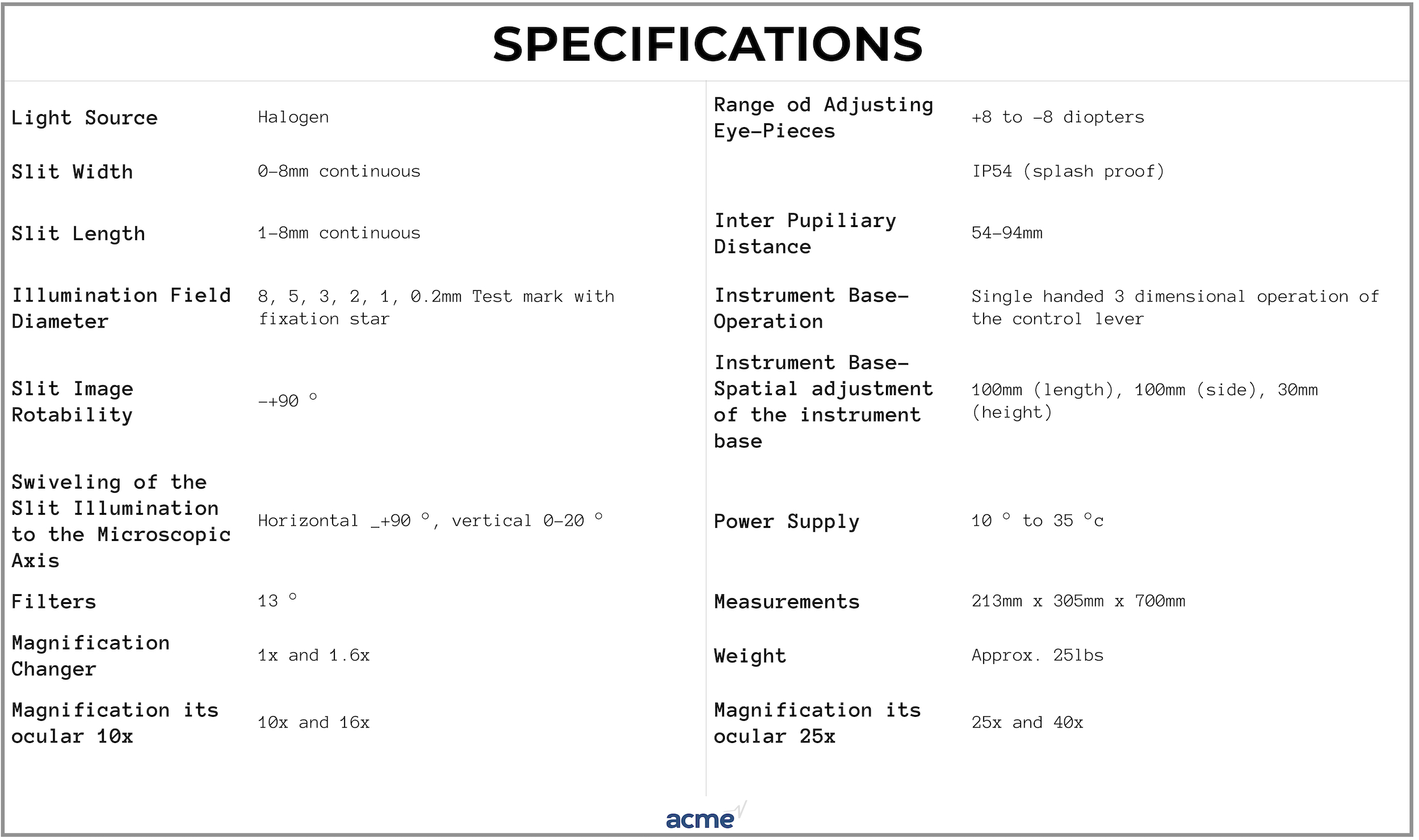